As young girls, we are constantly told to “act like a lady and to play with our dolls,” however should we be socialized and taught to do this? In Keywords for Children’s Literature, Erica Hateley discusses the term “gender” and how children’s literature “presented boys in fiction as movers, adventurers, [and] creatures of action…it presented girls as relatively docile, passive, emotional, and unimaginative native (87).” In the episode of “She’s Got Game,” the television show The Proud Family,  counteracts these traditional roles and demonstrates to young audience members that girls can be more adventurous and do activities that are typically seen as “masculine.” In the beginning, the show starts with Penny playing football with a group of her guy friends and them joking about their femininity. Sticky, one of her male friends, even states, “When they lose, they [girls] would’ve wished that they stayed home and made cupcakes (5:16).” As a society, girls are brought up within these traditional, stereotypical, gendered roles, which at a young age shapes their perspective and reality impacting their girlhood. These socialization messages come though media, children’s literature, schools, as well as family. In this episode, “She’s Got Game,” the producer does a great job on going against the traditional norms of what is to be expected from a girl. 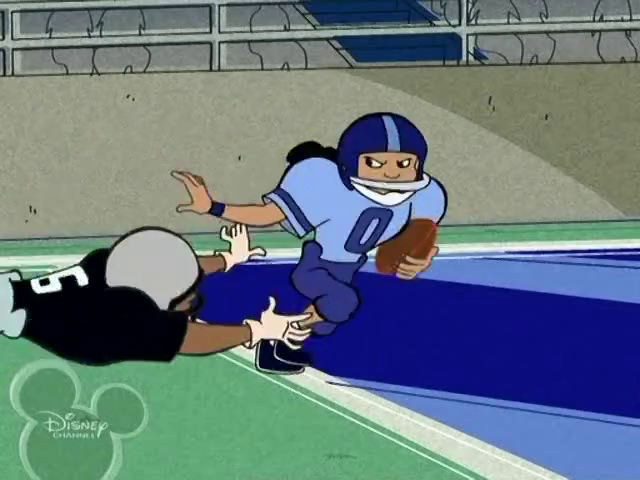 Also, girls and women in this episode are not represented as docile and passive. They were portrayed as independent, confident, and strong. Many of the women, such as Penny’s mom, Trudy, and Zoey’s mom, the lawyer demonstrated that women can be just as bold and “doers” as men can. Even though Penny ends up losing the game for her team, as her mom said, “She won so much more.” She challenged the notion that girls could not play football because it was “too rough” or “a male’s sport.” As a society, girlhood consists of dresses, Barbies, the color pink, and cooking items. On the other hand, playing with action figures, being rough, and playing sports are looked upon as behaviors of a boy. In order to challenge traditional roles, as Hateley said, “all behaviors should be seen as available to all young people, regardless of their sex (89).” As our society becomes more modern, traditional gendered roles will continue to be challenged.

9 thoughts on “She’s Got Game”