It goes without saying that the female sporting world is significantly different than its male counterpart. Although the actual sports and their coinciding rules are the same in both gender divisions, (basketball, volleyball, etc.) the ways in which the public perceives and expects them to function differ greatly. I recently read a BreakingMuscle article talking about these differences presenting themselves in CrossFit. It was stated that male CrossFit competitions are watched for their competitive nature, while female competitions are viewed with hypersexualized expectations.

I immediately made a connection between this point and the Keywords Essay on Tomboy. In the essay it was mentioned that females who display masculine traits are negatively viewed as being a “…rude, or ill-bred girl (or woman): a boisterous noisy girl, a romp…” – in other words, describing or seeing a female as being masculine is generally perceived in a negative, insulting manner.

BreakingMuscle illustrated this point by examining the social media following of “sexy” and “masculine” women. In all the cases that were presented, the women described as “sexy” had larger followings than their “masculine” counterparts. I believe this illustrates the societal favoring of females who follow gender norms while still competing in sport. Although positive changes have been made in the recent acceptance of women into the sporting world, there are still signs of the public favoring archaic gender-norms nonetheless. 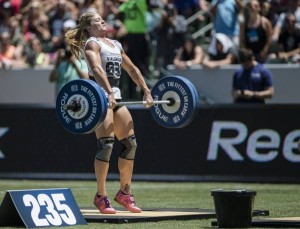