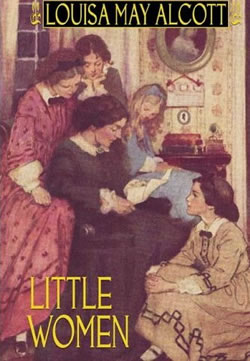 According to the Keywords for Children’s Literature, the term “tomboy” is defined as “a girl who behaves like a spirited or boisterous boy; a wild romping girl” (220). “Tomboys” tend to be belittled in society because they go beyond the social norms. Girls are thought to be confined to domestic duties, wear skirts, and stay clean. However, there are some girls that do like to play sports, climb trees, and wear jeans more than skirts. Does that make them less than a girl? In Little Women, the idea of “tomboy” is represented as doing engaging in idealized boy behavior while Girls will be boys, “tomboy” is represented as a way of dressing and appearance.
In the Keyword essay, it is mentioned that “the rowdy tomboy would make a better wife and mother than her prissy housebound sister” (221). This is due to her becoming strong, competent, and independent which are needed traits for a mother. This issue is addressed in Little Women. We find Jo is often portrayed as a tomboy and belittled by her sister Meg. Meg scolds Jo when she says “You’re old enough to leave off boyish tricks and behave better, Josephine. It didn’t matter so much when you were a little girl; but now you are so tall, and turn up your hair, you should remember that you are a young lady” (223). It so happened that Jo ended up as a mother to biological and adopted children. How do we determine what is girly enough to be considered as not a “tomboy”? Is there a defined line in defining someone as a “tomboy”? 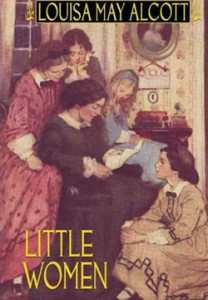 I came across an article that approached tomboy from the girl’s point of view who is often called a tomboy. In the article titled “Girls will be boys” by Tara Moss, the idea of being a tomboy is addressed from the standpoint of androgynous style of dressing. Androgynous dressing is similar to cross dressing but more towards gender neutral clothing. We see lots of advertising for DRAG Queens but we don’t see so much as DRAG Kings. The author, Tara Moss, transforms herself into her alter ego Victor Lamour. She wanted to explore “how much it would take to look not just masculine, but like a man”. When she was a child, she just preferred guys clothing because it was more fitting fr the occasion. She didn’t like wearing dresses in cold weather and felt more comfortable in jeans and such. According to the article, women dressing in a woman’s masculine-styled suit is accepted into the mainstream as with Saint Laurent’s launch of “Le Smoking” in 1966. But this style is only accepted if outfit is paired with makeup and heels. Moss dressed as her alter ego to see what kind of feedback she would get if she transformed into a full man. Someone commented on her picture saying “she should be proud to be a woman”. Do you think that we will get to live in a label free environment? 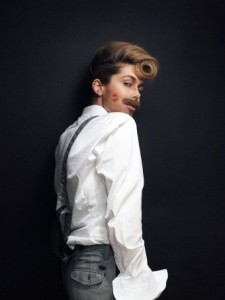 3 thoughts on “Girls will be boys”