Within the Keywords for Children’s Literature chapter on the term Tomboy, it is shown the terms definition has been altered many times throughout history. The term, which dates back to 1545, is now defined by the Merriam-Webster Dictionary as: a girl who behaves in a manner usually considered boyish.

It is no secret Josephine, more commonly known as Jo March, is the tomboy of her family. Immediately in chapter one of Little Women it was stated, “It’s bad enough to be a girl, any-way, when I like boy’s games, and work and manners. I can’t get over my disappointment in not being a boy.” Within the first chapter Jo is even called a “tom-boy” by Meg! Through the book Jo is constantly reminded, and spoke at, by Meg saying things such as, “you should remember that you are a young lady” and “you are old enough to leave off boyish tricks.” As stated above, the term tomboy has been altered and manipulated many different ways throughout history. Perhaps in 1868, the time period in which Little Women was placed, tomboy was not a favorable term to be labeled. However, is it really that bad to be labeled as a tomboy? Without the mergence of tomboys in history how would things be today?

From Kit Kellar in A League of Their Own, to Megan in Bridesmaids, the role of a tomboy is now accepted and sometimes viewed as an admirable trait by others. One major popular activity that has been greatly influenced by tomboys across the world is sports. Young women were able to challenge traditional gender roles. Even enacting the Title IX law in 1972, which required schools to receive federal funds to provide women with equal opportunity to compete in sports. The role of being a tomboy has allowed women to feel more empowered and strong when trying to achieve their goals. For example, women throughout history have broken the mold in terms of careers for “women.” Fashion, throughout history, has also been adapted to suit those labeled as tomboys as well. It is unlikely that without tomboys throughout history, women’s roles today would be how they are. Without tomboys in history would I be viewed funny typing this article in public while wearing sweatpants, my hair in a ponytail, and a baggy sweatshirt? So to Jo, I would say keep being who you are! It is women like Jo that paved the way for us women today to be able to express ourselves and act the way we do. 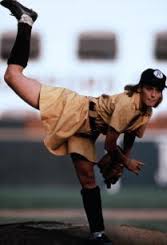 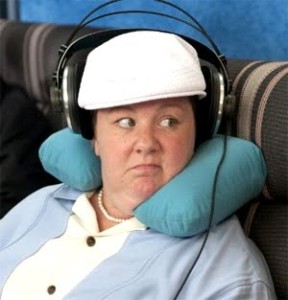 2 thoughts on “From Kit Kellar in A League of Their Own, to Megan in Bridesmaids”