In modern Western culture, it can be generally agreed upon that society as a whole has slowly started to move away from the more traditional, binary sense of gender and begun to adopt an appreciation for a spectrum of identities. Even with this transition, however, most people still rigidly look through a lens that plays into the conventional male vs. female dichotomy. One very interesting article that looks more into this comes from the Huffington Post “Queer Voices” segment, entitled The Universality of Gender Fluidity. The author Noah Manne, a psychotherapist from LA, hits on many points that I personally have found problematic even in our class discussions and in some of the readings. “Gender fluid” has become a popular identification among people who “can play both sides”, moving equally between “man” and “woman” or “masculine” and “feminine” as part of who they are. I’d like to call this identification to question, however, as it still buys into the performative aspect of gender as taught by society and discussed in the “Gender” and “Tomboy” Keywords essays. 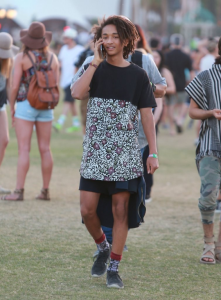 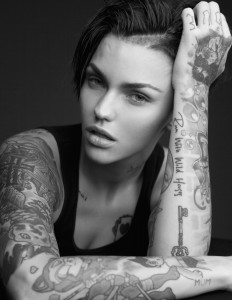 Manne eloquently expresses this sentiment, stating, “Beyond culture, gender is malleable. It is fluid. Until culture gets involved, we are each one of us naturally and unavoidably a gender minority of one. The experience of the body and the inner sense of self not being aligned (an experience especially impactful during puberty) is not deviance as such, but disconnect from cultural norms.” Gender is, at its very base, a social construct. Each individual is unique in their own way, as is every person’s DNA, so why should one need to place any societal expectations of conduct and roles simply based on the appearance of another’s genitalia? He delves into this again later in his article, recounting a time when he “had a client who said, ‘How could God have made such a mistake as to put a woman in this man’s body?!’ No mistake was made. The mistake is a society’s that does not let a person with particular reproductive organs express gender except within narrowly circumscribed parameters.”

So, what does that mean moving forward? A new Calvin Klein campaign believes it has the answer. A new Teen Vogue article entitled “How Our Generation Is Approaching Gender in a Totally New Way” explored the concept. While keeping the capitalist aspect that Calvin Klein is using this to further promote a new product, the campaign and following article do give some valuable insights into why gender labels can be harmful and, in this day and age, are in fact unnecessary. The four models “talk about why gender stereotypes are limiting, proving that you don’t have to identify as gender fluid in order to understand gender fluidity.” Gender fluidity itself is an unnecessary identification if one is able to live outside the cultural norms that are passed down with the revelation of one’s biological sex. Will the young millennial generation be able to break the past chains of gender norms and instead transcend the application of the performative social construct entirely? Only time will tell, but I am glad that society, as a whole, is moving in that direction.