In Toni Morrison’s, “The Bluest Eye,” it is apparent that the protagonists are faced with exponentially more challenges than their white peers just because of their skin color. The material body, and certain aspects of it including the darkness of their skin, become especially important to the young black girls in the novel. The novel develops the relationship between body and identity as the girls move through girlhood to adolescence. Body becomes a major sign of self-identification because it physically expresses your race, class, gender, and even sexuality. This “material frame” is easily judged, and not easily protected for vulnerable young girls.  The vulnerability of young girls’ bodies also plays a large role in the development of the girls’ identities as they go through bodily development. Toni Morrison does an excellent job of connecting body image and personal identity throughout the novel because even though identity is person, it is often heavily influence by a girl’s external image.

Children’s Literature plants the seed of the idea self image and identity in a young girl’s mind, which continues to grow throughout their life as they become more exposed to media. Possessing positive self image as a young girl can be essential to her mental well-being later on in her life. A negative self image or body image can lead to detrimental mental disorders that in many cases become all consuming as the girl reaches adolescence. Since self image starts as early as a girl is read a book by her parent, Children’s Literature authors should be cognizant of this fact. Children’s literature also plays a major role in establishing a girl’s identity, which is further influenced by factors such as, race culture, family, and environment. When a girl’s race or is underrepresented in the books that they read, it makes them feel excluded. Through the social experiment where children were asked to pick the “nice” doll, we saw how much media can play a roll in relating race to personal qualities for children. Therefore, Children’s Literature authors need to be especially conscience of how they represent race in their books because it can be seriously detrimental to a girl’s identity in the long run. 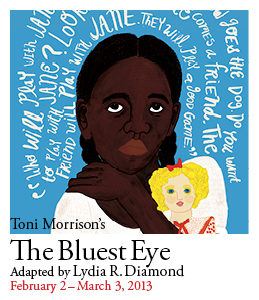 4 thoughts on “How Does Body Image Effect Person Identity?”