Did you know Tinder was released in September of 2012 and today has around 50 million users? Did you know that 79% of Tinder users are millennials? Growing up today is a lot different than it was for the generations before us, especially when it comes to our ways of communication. 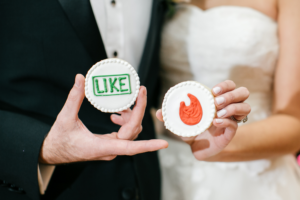 Tinder allows users to swipe right or left according to if they are interested in the way the user on their screen looks. You are able to add a few things such as hobbies, or likes but the basis of the app if formed off of appearance. A keywords essay to look at when thinking about this idea is the keyword “image”. We all have a way of presenting ourselves, whether it be athletic, casual, or dressed up. We carry an image with everything we do because we want people to see us a certain way.

It’s crazy to hear my mom talking about dating in her time period. When talking about the way we Instagram and are judged merely on our appearance, she says “I would’ve never survived, it is too much pressure.” It is scary to think that we even consider finding someone to date on an app that is focusing on the way we look when there is so much more to a person than that. It is teaching young girls that they have to look a certain way, they have to be skinny, they have to get a lot of likes on their photos. We have turned into a society that doesn’t know how to communicate in person and has a hard time having a real conversation. My mom also brought up how in the past boys would have to call her house and speak to her parents first before they spoke to her. They would pay for dinner and a movie and have her home before too late, it was a different time.

By all means technology and the advancements with phones and computers have had positive impacts on our lives, but they definitely have taken away from our communication and sometimes what really matters. In “The Bluest Eye” Pecola wants nothing but to have blue eyes because she thinks that that would make her the ideal girl. What she realizes is what most people will realize at some point, and that is that true beauty comes from within.

12 thoughts on “Tinder is the New Dinner and a Movie”