As most people with internet access know, Beyonce released her visual album Lemonade over a week ago. The album has since soared to the top of charts and caused controversy with lyrics alluding to her husband Jay-Z’s alleged infidelity. But the real magic in her new masterpiece lies in the imagery and lines that celebrate black women and recognize both their struggles and triumphs. 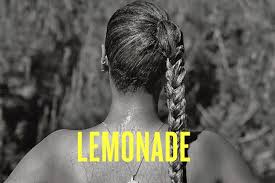 In the hour long narrative film, Beyonce embarks on an emotional journey set in the American South. Anger, grief, denial, acceptance, and forgiveness are all sentiments captured. One of the most important components of this visual album is Beyonce’s deliberate inclusion of black women. In many of the scenes, she is surrounded by groups of these women, notably in spaces that were once not available for them. With these images of black sisterhood in these settings, Beyonce powerfully reclaims these places for not only herself, but all black women.

These images of Beyonce and black women are an obvious embrace of blackness and femininity. However, while the lyrics at surface level appear to be about a cheating lover, a case can be made that even the words allude to the black female experience in America. Lyrics that express distrust and hurt could actually reference a the institutions that have harmed black women for hundreds of years. The transition to forgiveness and strength perhaps symbolizes the empowerment of black women and their resolve. Despite the hardships they have faced, they not only survive but thrive.

In the Keywords for Children’s Literature essay identity, Karen Coats writes about the importance of identity in children’s literature as well as on a larger scale of media in general. Identity is “entirely dependent on the influence of variables such as race, culture, religion, family, ideology, and embodiment.” (109) This is pertinent to Lemonade because Beyonce is not focusing on solely her race or her gender, but rather on how those two things interact and shape her. Beyonce’s video is important for many reasons, and one of them is representation. Coats points out that it is critical that children (and people in general) see themselves in media “so that their particular identity structures are validated and affirmed.” (111)

The themes represented in Lemonade as well as the meaning found in the previously mentioned Keywords essays both are seen in Toni Morrison’s The Bluest Eye. The female characters in the book recognize their blackness to be negative and undesirable and this shame permeates into all spheres of their lives. Claudia MacTeer, one of the most prominent characters, seems to be the only one who actively combats these notions and attempts to embrace her black womanhood. This is seen when she rejects and destroys a blue-eyed, white doll that is given to her. Though she explains she didn’t know why she did it, in the context of the novel it becomes clear that she was angry that her kind of beauty was not represented and she was made to love an ideal and identity that could never be hers. Both Claudia and Beyonce challenge notions of identity and whiteness in important ways.

Both Lemonade and The Bluest Eye are incredibly powerful works by black women. The themes of identity, betrayal, and acceptance portrayed in both transcend generations and make statements about race and gender in America.

3 thoughts on “Lemonade: A Celebration of Black Women”