If you’re a proud Disney fanatic, as I am, chances are, you would have noticed the whirlwind of merchandise and obsession with the characters and music of the ever popular film, Frozen. Crowds at both Disneyland, in California, and Walt Disney World, in Florida, are larger than ever in hopes to meet the infamous princesses, Elsa and Anna. In fact, portions of Epcot’s World Showcase, part of Disney World, inspired by Norway are being revamped to feature a Frozen attraction and to model a lifelike version of Arendelle, Elsa’s fantasy kingdom, in hopes of keeping the up with the hype following this film.

While only some of the Disney Princesses and their histories are set in the United States, their relevance to American girls and girlhood is undoubtedly prominent in pop culture. In fact, a vast majority of the most beloved princesses by American girls are not “American” at all. Cinderella and Belle are French, Snow White is German, the Little Mermaid takes place in Denmark, and Anna and Elsa are placed in Norway. But as we discussed in class and read about from the Keywords for Children’s Literature essay titled “America,” being American cannot be easily defined. Traditionally, Pocahontas would be one of the only few true native princesses to the United States of America. Yet, she is not often the face of the Disney Princess memorabilia, as she is not as popular as the a majority of the European princesses. But why is this?

In both lecture and discussion, we talked about the importance to girlhood of being able to identify with the main protagonist of various stories. Although Kirsten, the American Girl doll, is of Swedish descent and has difficulty with identifying herself as “American,” many American girls today would have little difficulty identifying with her appearance. Similarly, as in modern society, many children may be of European descent, giving them a vast majority of pale-skinned and blue-eyed Disney princesses to identify with and idolize. I don’t personally believe that the Walt Disney Company is in any way whitewashing their princess line-up, as being pale skinned is simply a trait that would be relevant in the locations such as Scotland, Norway and Denmark, where the princesses reside, I just think that their is an underrepresentation of characters who have stories set in locations of minorities to the United States.

For this reason, I became very excited to hear that this summer, Disney is releasing a new princess of Latin-American descent. Her name Princess Elena of Avalor and she will make her debut on television this summer, and in person at Magic Kingdom in Walt Disney World this fall. While I am an admirer 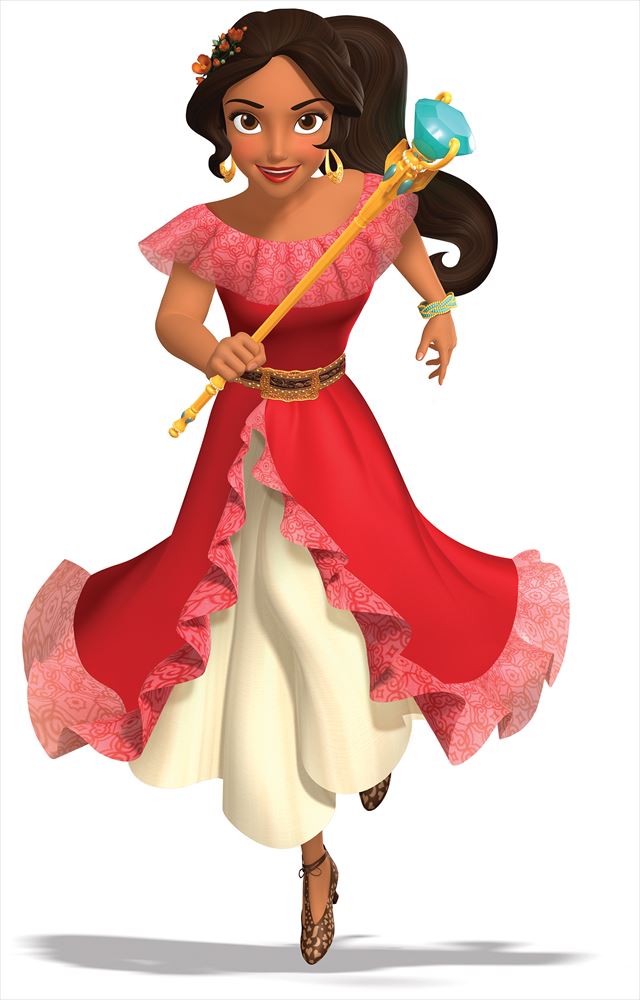 of all of the Disney Princesses and I think that people of all ages can appreciate them regardless of if they can identify with their appearance or not, I am proud of this progressive movement by the Disney Company to represent more ethnicities.

Check out this the story of the unveiling of the Latin-American Princess Elena here, and keep your eyes open for her introduction to the cast of Disney Princesses this fall!