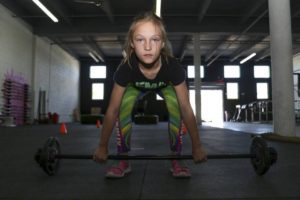 As I was scrolling through my Facebook, I came across a video featuring a nine year old girl named Milla Bizzotto. Her story made me think of our class so I looked up the article with the full story on Miami Herald. Milla is the youngest to ever compete in the BattleFrog, an extreme obstacle course featuring running, jumping, climbing, crawling, and swimming. She was quoted on Miami Herald saying “I want to set an example and show other kids that they can do or be anything they want.” Bullying inspired Milla to do something that would help her learn to stand up for herself and others who had been victimized. Throughout the process she has become active, strong, and confident in herself, while inspiring others along the way.

In both the story about Milla and the movies featuring Annie, the audience observes a strong young girl who uses her identity to inspire an entire group of children. In the Keywords essay on Identity, John Locke is quoted saying that “identity parameters are deeply influenced by childhood experience” (110). Because of their experiences, Milla identifies herself with others who have been bullied, while Annie identifies herself with children of poverty. They use those identities to their advantage by becoming outgoing, self-motivated, and confident role models for others who may be suffering.

In second grade, Milla was called names by her peers. Instead of letting that define her, she decided to prove that she was much better than that. Her intense practice schedule is fully by choice and she is determined to do whatever it takes to “inspire a generation.” Annie is found stuck in an orphanage with inadequate living conditions. She works very hard to get herself out of that situation and finds herself with a life full of new opportunities.

Both of these young girls have identities that we can see evolve in such a short time period. Their identities of where they came from will forever be within them, but they inspire other children with their new experiences and stories of triumph.

1 thought on “Young Girl Strives to Inspire Other Children”