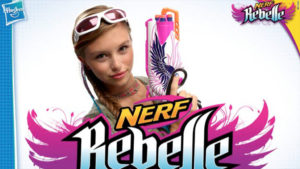 Many people have a very clear idea in their heads about what makes a girl a girl and what makes a boy a boy. In the eyes of many people, how you act determines who you are. This goes along with the idea of performativity which was an idea brought up in the Keywords essay “Gender” by Erica Hateley. If someone sees a child playing with a doll they will assume that it is a girl because a doll is considered a girl toy. In this case the girl is performing her gender as society would see it because she is doing something that is typical for girls. This is similar for boys if they play with toy cars or action figures. An example of a girl demonstrating performativity is in The American Girl Books Meet Kirsten and Kirsten Learns a Lesson. Kirsten is always playing with her doll. Kirsten and Marta play with their dolls together and later Kirsten and her two girl cousins. However, Kirsten’s brothers never join in on playing with the dolls.

Now imagine if Kirsten were playing with a toy gun. That would be an odd site for many people back in her time and even many people today. However, that is what the toy company Nerf is portraying. Nerf came out with a new line of Nerf guns that are pink. These guns are specifically meant for girls. With their new product design, Nerf is suggesting that their Nerf guns are for both girls and boys to play with. This is quite unusual because guns are typically thought to be a toy that boys grow up playing with while girls stick with their dolls and Easy Bake Ovens. The interesting thing is that Nerf even named the new brand of guns Rebelle to suggest that a girl playing with a Nerf gun is rebellious and new to society.

For many centuries girls toys have been defined as dolls, while boys toys are defined as toy trucks and action figures. For most people, guns would be considered a toy for boys to play with. However, as society changes, the social norms of “girls toys” and “boys toys” are changing. Just like the example of a girl playing with a Nerf gun would have been an odd site to see 50 years ago, it is more socially accepted in today’s society. Now you can still be considered a girl if you play with Nerf guns. As society changes, so does the evolution of girlhood and how people perceive performativity of a gender.