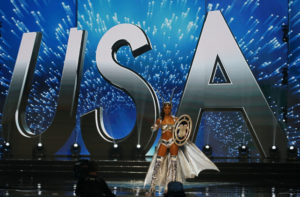 It’s funny how the same word can have such very different meanings to people throughout history. This is especially true for the word ‘America’. For many, America evokes a sense of pride, patriotism, and work ethic. For others, America represent unknown or uncertainty. In her keyword essay “America”, Kirsten Silva Gruesz poses the questions, “Who gets to define what “America” means? What institutions support or undermine a particular definition? Under what historical conditions does one group’s definition have more or less power than another’s?”
For the American Girl doll, Kirsten, America was a huge land of possibility and promise, but also heartache and hardship. Janet Shaw explains these emotions in her book, Meet Kirsten. Shaw writes about Kirsten’s development of making America her new home. A definite moment of this can be seen during one of Kirsten’s first moments in her new home. When Kirsten arrived at her new family farm, she changes into a blue dress borrowed from her cousin. This was a stepping point for Kirsten, as seen in the following quote, “Mama took Kirsten’s hand and turned her around for a good look. ‘Why, don’t you recognize Kirsten Larson, my American daughter?’” For Kirsten’s family, wearing this dress symbolizes becoming American.
Kirsten’s story shows great contrast to American culture today. Recently, the Miss Universe pageant was held, where each country wears a national costume. In 2017, Miss USA, DeShauna Barner, wore a metallic two-piece costume with a shield, elaborate headpiece, and knee high boots. The announcers compare her to superheroes such as Capitan America and Wonder Women. America is represented as something much different in 2017.
In Meet Kirsten, the idea of “America” is represented as new possibilities and a fresh start, while in 2017’s Miss Universe Pageant, “America” represents the strength of women in a superhero role. Both of these interpretations are expressed through clothing, but they each convey their own distinctive meanings.

3 thoughts on “What Symbolizes America?”