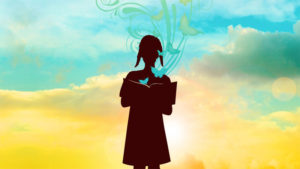 Melissa McCarthy delighted audiences last Saturday when she made a surprise guest appearance on Saturday Night Live as Press Secretary Sean Spicer. However, looking past the hilarious comedic sketch, we see McCarthy breaking gender roles and proving cross-gender casting is a lot more than making a man put on lipstick for cheap laughs. Using Keywords Girlhood and the poem A Girl Named Jack, we see how traditional definitions of gender and femininity are challenged today to make statements about politics and gender, specifically on Saturday Night Live. 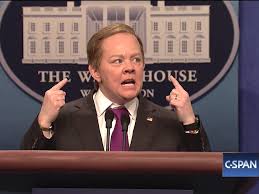 In Jacqueline Woodson’s poem, “A Girl Named Jack”, we are privy to the story of how the author got her name. The poem suggests that a girl cannot be named Jack due to its gendered connotations, with the father arguing that it will make her strong, and the mother arguing that she will want something more feminine as her name. With these arguments, both parents are assuming that a name has the power to define how their daughter will perceive herself, a definition of gender which is outdated. In Keywords essay Girlhood we see girlhood traditionally defined as synonymous with wearing dresses, playing with dolls, and being educated in domestic activities. Melissa McCarthy’s definition of girlhood is far from these definitions. She is known for playing strong women with grit and their own brand of femininity like her characters in The Heat, Bridesmaids, and even Gilmore Girls. These characters’ strength, and their fondness for pants and not dresses, do not make them any less feminine. In a New York Times opinions article titled “Why Melissa McCarthy Had to Play Sean Spicer”, Anna North makes the point that for McCarthy, these roles under her belt make her the reason why the sketch is so funny, not the fact that she is involved in cross-gendered casting. Cross-dressing has been done time and time again by men who put on dresses and falsettos to mock women for cheap laughter. Not only are these instances usually offensive to women and the transgender community, but they often make no point or statement about anything. This is not the case for McCarthy. For a woman to dress up as a key member of an administration whose leader has publicly sexually harassed women, used crude language about women and has been accused on multiple occasions of sexual assault against women, makes a bold statement, and is a form of retribution against this administration, and everyone involved with it. Additionally, it will inspire young girls and women around the world to not be afraid to use their loud voices for fear of being “masculine” or seen as “too aggressive”, and to not be afraid to step out of their strict gender box for fear of being chastised. This is, at face value, a comedic sketch, but upon further review we see that the cross-gendered McCarthy brings more to the table than just laughs, delivering a hilarious, yet politically charged performance that brings to the forefront her own definition of girlhood and gender which will inspire young girls and women to fight for the long four years ahead, and more.