"Our greatness has always depended on the contributions from people who were born elsewhere but sought out this country and made it their home."–Michelle Obama

“And here in America, we don’t give in to our fears. We don’t build up walls to keep people out because we know that our greatness has always depended on contributions from people who were born elsewhere but sought out this country and made it their home.” This powerful quote is from the commencement speech given by Michelle Obama to graduating college students in New York in June this past year. Michelle dedicated much of her speech to talking about immigrants, and the role that they have played in creating America. After listening to Michelle’s speech I couldn’t help but think about the strong connection it has to the topics we have discussed in our class, particularly to the Keyword, “America”.  In this clip of her speech the idea of the keyword is represented as Michelle discusses how being American can be defined as a set of values and morals, and how to be an immigrant is truly American. These two things are also connected to the stories we read, “Meet Kirsten”, and “Kirsten Learns a Lesson,” as Kirsten goes through the experience of immigrating here, and begins to build her own meaning of what it to be American. I think that both of these texts can give us perspective to help us create our own understanding about all that can be included in the definition of American.

The Keyword “America” draws attention to the question of who gets to define what being American means, and the many different meanings it can hold for different people. The author suggests that America may not merely be defined by a geographical location, by citizenship, or a birthplace, but could be a group of people with shared values and morals. Michelle elaborates on this point when she says that we as Americans do not give into fear. Another point made in “America” was a quote given by President of American Studies Association, Jan Radaway, that says, “American national identity is…constructed in and through relations of difference.” (Gruesz, 2011). This same idea is embodied by Michelle’s speech when she says,“The power of our differences, making us smarter and more creative. That is how the infusion of all our cultures, generation 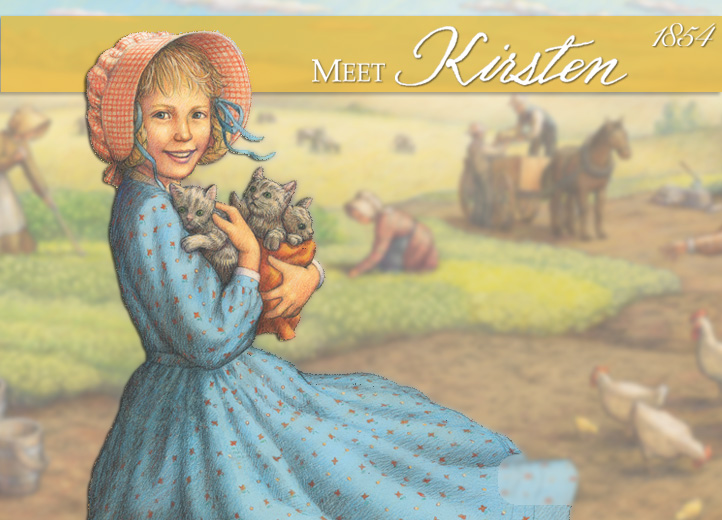 after generation, created the matchless alchemy of our melting pot and helped us build the strongest, most vibrant, most prosperous nation on the planet.” Michelle is stating that to her, as Americans, we can rely on each other and that our strength is in our diversity.

Our reading of the American Girl doll stories, “Meet Kirsten”, and “Kirsten Learns a Lesson” also represent the ideas presented by the Keyword “America” and give us insight into the immigrant experience. These stores tell Kirsten’s experience immigrating to America from Sweden, and show us how Kirsten came to understand what being American meant for her.  Through Kirsten’s parents we learn that America was a sort of utopia, a place characterized by better opportunity and more resources such as food and land. We also come to understand certain qualities that she discovered as being American, such as learning to speak English, being with family, and dressing in a certain way. Another powerful component of Kirsten’s story is her friendship with Singing Bird. Through this relationship we can see yet another way of defining who is American, and can tie this story back to Michelle’s point that our nation is made up of a diverse group of people, who can benefit and learn from each other.

Today, the meaning of what it means to be American is significantly effecting the lives of millions of Americans, and people around the world. When analyzing the topic of immigration and citizenship here in America, I think is extremely important to to take into perspective the many different meanings that being American embodies. Thank you, Michelle and Kirsten for your perspective.

1 thought on “What “American” means to Michelle Obama and Kirsten”