What does it mean to be a girl? The television series, “Gilmore Girls”, premiered in 2000, presenting the complex yet simple relationship between a teen mother, Lorelai Gilmore, and her now-teenage daughter, Rory. The series defines both Lorelai and Rory as girls, despite their 16-year age difference. Often, Rory is portrayed as the more responsible and sensible of the two. Throughout it’s eight seasons, the mother and daughter duo truly grow up simultaneously, primarily because Lorelai was definitely still considered to be a girl when she got pregnant. Is Lorelai still considered to be in her girlhood? Is Rory? If they aren’t considered to be girls anymore, when did that change occur? 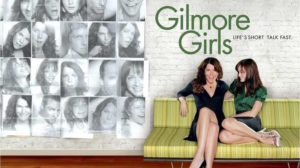 In Jacqueline Reid-Walsh’s essay, “Girlhood”, in Keywords for Children’s Literature, chronological age is brought into the definition. The oldest age that the essay cites as being a girl is eighteen years of age, which is the age of consent in most countries, including the U.S. For most of the series, neither Lorelai or Rory can fit this legal criterion. However, in the sequel series, “Gilmore Girls: A Year in the Life”, Rory even writes a novel about their lives titled “Gilmore Girls”. Girlhood cannot be concretely defined by chronological age, but instead age at heart. Lorelai, despite her apparent lack of maturity, was able to be very successful in her career, the raising of her daughter, and in her friendships, despite her strict childhood and her teenage pregnancy, so I would consider her to still be in her girlhood in some aspects of her life and women-hood in others. The same can be said for Rory, who truly blazed her own path in life. Girlhood cannot be defined by a number; it’s truly a state of mind.