Throughout this course, we have been expanding our knowledge about what it means to be an “American girl” and the deep-rooted key words that American Girl Doll literature encompasses within its stories and books. The key word that caught my attention is “education”. Education, as we examined, can be looked at in a liberal, vocational, and social sense. Liberally, education is broad, culture rich, and in college terms, could be defined as the general education classes that are required. Vocationally, education is rudimentary, career focused, specific learned skills, instructions, and in college terms, could be defined as the more career focused classes. Lastly, the definition that I am focusing on, is social education which is defined by interactions with others, by society, and from outside forces in general. In Little House on the Prairie, by Laura Ingalls Wilder, the idea of social education is encompassed in the girls learning from their parents, and at the Mall of America, is shown through girls’ doll choices which have been shaped by society. More specifically, in Little House on the Prairie, Laura and her sisters learn discriminatory language like the word “savage” from their mother and vicariously become a part of a racist hierarchy of power. They learn to fear Native Americans because that is what the social climate around them teaches them. I noticed this idea of social education as I observed the demographic of children that entered the American Doll store in the Mall of America and what they bought. I noticed that all girls, even of different races and ethnicity, tended to gaze longer at and choose the Caucasian dolls. I found this to be interesting and decided to look up articles pertaining to what dolls sell the most. I was not shocked, based on my observations at the mall, to find that the minority dolls are among the least popular in the collection. In fact, on the American girl website, Addy’s bed is among the last of the Beforever listed and she is even among the last when you go under the “Dolls” section on the “Shop” page. Socially, media presents Caucasian women as the most desirable and puts them at the forefront of magazines, TV shows, ect. I believe that through social education, young girls are learning this and becoming conditioned to this notion of racial hierarchy like Laura was conditioned to this by her parents. I saw this through personal observation as I watched every girl, even those of color, spend more time considering Caucasian dolls over the minority dolls. I have linked the article below in case anyone is interested in checking out more about doll sales and which sell the most. 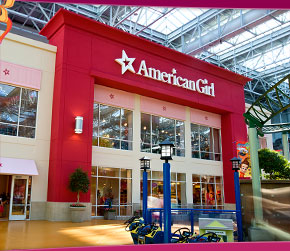 1 thought on “Through the Looking Glass – Societal Education”