The recently released movie called Moana is showing young girls a new kind of girlhood. In this movie, Moana is a young girl who sets out on a long difficult journey. She ends up saving the day and becomes the hero of the story. This movie is different from many children’s movies because the majority of children’s movies have a male hero. In other children’s movies, girls learn that males are always the ones to save the damsel in distress. However, the movie Moana is teaching girls to be independent and instilling the idea into young girls minds that they too can be the hero. This is showing children that women are fully capable of achieving a difficult task and that the males do not always have to be the heros.

Many people think that being adventurous and heroic is a manly trait. In other words, these people would be considered tomboys. The Keywords essay Tomboy, by Michelle Ann Abate, describes how young women who exert certain characteristics are considered tomboys. Some of the characteristics that go with the idea of being a tomboy is being adventurous, strong, independent, and brave. In the Keywords essay Tomboy, it talks about how having these traits as a girl would lead to being successful mothers because they were strong women. These were all characteristics that Moana showed throughout her journey. This means that she would be seen as a tomboy. However, even though it may sound like an odd term, many people attribute being a tomboy to having the characteristics that will make them grow up to be a strong and successful adult.

This movie reminds me of Jo from the book Little Women by Louisa Alcott. She did not like being a woman. She wanted to go fight in the war and do “manly” things. Therefore, she was considered a tomboy. Jo, was like Moana in the sense that she exerted many similar characteristics. For example, like Moana, Jo was very independent and wanted to do things herself. Jo wanted to make a life for herself and was not worried about needing a man to support her. 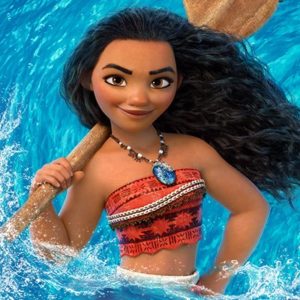 8 thoughts on “Girls Learn to be The Hero”