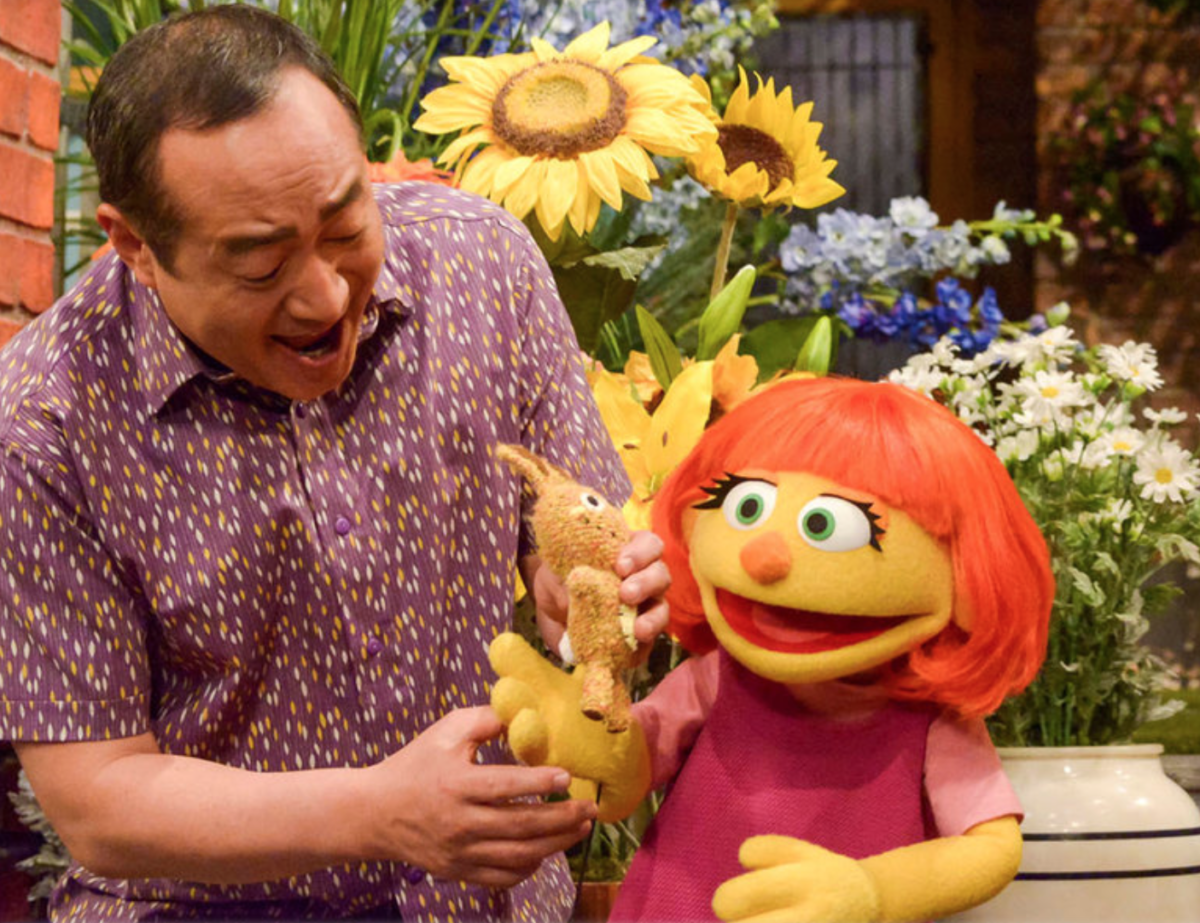 Recently, the infamous children’s show Sesame Street decided to add a new character. Julia, a muppet on the Autism Spectrum Disorder (ASD), is a four-year-old female. An article from The New York Times addresses how Julia “loves to sing and can memorize lyrics better than her young peers” sometimes “struggles with loud noises like sirens, which can cause her to become emotionally upset. Sesame Street previously introduced Julia in the fall of 2015, as a character within the digital storybook, and now she is going to be a main component of the Sesame Street cast.

Some might wonder why Sesame Street decided to cast a new character on the ASD, and the reasoning was that the workers of the show “wanted to demonstrate some of the characteristics of autism in a positive way… in order to break down myths and misconceptions around autism, such as that it only affects males.” The concept behind adding Julia as a member of the cast coincidentally encompasses two of the main keywords we have discussed in this course: education and girlhood.

For the keyword education, the producers of Sesame Street are striving to inform not only children, but individuals of all ages about the ASD. Their goal is to educate people on some of the attributes and behaviors that are commonly associated with children on the ASD, so they can learn to be accepting and inclusive of everyone despite autism being a so-called “disability.” More often than not, children with autism have the ability to excel in many different areas, some of which include art, music, and other academics. However, the most prominent underlying issue is that children with autism are often excluded or underestimated by their peers since they are labeled in society as autistic. Yes, it is evident that if an individual has autism that they are autistic, however, an individual should not be defined by a label or stereotype. They are worth more than just the label that was imposed on them. By educating children at a young age through mediated television shows, videos and ebooks, as well as books, the producers of Sesame Street  are hoping that this informalized process of education produces a worthwhile and meaningful influence on their audience members, so much to the point that it cultivates changes of inclusivity in a positive manner.

As for the keyword girlhood, I think it is important to acknowledge the quotation that was addressed previously about the myths and misconceptions about autism exclusively affecting the male population. Although autism predominantly affects the male population, one cannot simply exclude females from this equation. The video included within the article from The New York Times demonstrates Julia, the young girl on the ASD, and Abby, another young girl not on the ASD. Together, they share an incredibly adorable bond over the Sesame Street theme song, “Sunny Days.” By embracing their differences, Julia and Abby are accepting of one another and demonstrate how girlhood simply means being a young and playful little girl. As a sibling of a brother with autism, I am thrilled that Sesame Street is taking the time to spread positive messages about autism and that they are making the effort to have children embrace their individuality. Whether or not a child is on the ASD, it is important that each and every child can be proud of who they are and that they are not defined by their disability, but rather all of their abilities.