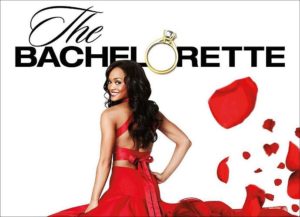 With each passing season of ABC’s The Bachelor and The Bachelorette, more buff men with perfectly slicked back hair and flawlessly made up women with Victoria’s-Secret-model-type-bodies are recruited as eligible contestants. Within this perfectly constructed dynamic of attractive people, the closest the show comes to diversity is a wide variety of professionally dyed hair colors, as African American contestants have made up only 4.3% of all participants in the show’s history. The newest bachelorette, Rachel Lindsay, is the first African American bachelor or bachelorette on the show, offering a chance for America to diversify the beauty standards to which we adhere. Although women in today’s society are encouraged to conform to a singular standard of beauty that is predominantly white. This obsession with whiteness as a standard for attractiveness is reinforced through many mediums in every day American culture.

In an article by Radar Online, the author discusses how Rachel Lindsay’s skin was lightened in the promotional photo for her upcoming season. Despite ABC’s best efforts to diversify Bachelor Nation, the show still adheres to the social norm of whitewashed beauty. In the Keywords for Children’s Literature essay entitled “African American,” author Michelle Martin identifies a new strand of texts in recent years that “invite readers to explore elements of Black culture—such as call-response, signifying, and celebrating nappy hair” (13). These aspects are essential for teaching young African American girls to be comfortable in their own skin and proud of their heritage. However, the new bachelorette reinforces the nationwide tendency to link beauty and whiteness together, similar to the way they are linked in Toni Morrison’s The Bluest Eye. On page 62 of the text, Claudia describes her classmate, Maureen Peal, noting the lightness of her skin, how her long hair hangs down, and her financial stability, which demonstrates that she is closer in proximity to a white construct of beauty. Regardless of whether or not ABC actually did lighten Rachel’s skin, her complexion appears fair and her long hair hangs down, highlighting a parallel to Maureen Peal’s attractiveness. The show is using tokenism to infer to the public that it does not have racial biases, although it implicitly perpetuates societally normalized notions of attractiveness through continuing to reject dark skin and natural hair as a standard of beauty.