In an article from The New York Times by Brooks Barnes called “A ‘Star Wars’ Salvo in the Toy-Store Gender Wars”, we learn of a new campaign by Disney to bring more gender equality to the toy aisle. On April 13th, Disney released a new action figure collection which features exclusively female characters. The project, called “Star Wars Forces of Destiny”, features the female heroines from both older and recent Star Wars movies and projects, including Rey from “The Force Awakens”, Jyn from “Rogue One”, and the original Princess Leia. The New York Times article interacts with the Keywords essay Identity and “The Bluest Eye” to show how representation, particularly in dolls, creates frameworks for how girls see themselves. 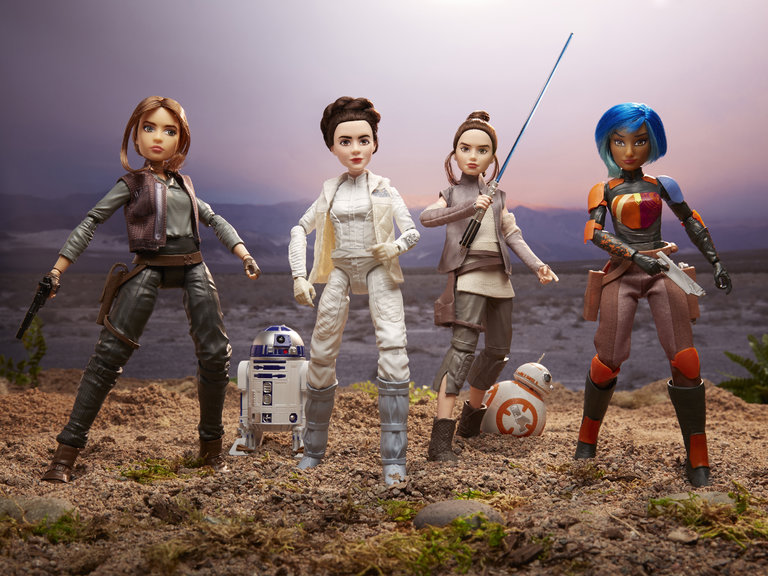 Star Wars has been associated with boys since its beginning. As science fiction/action films which star almost exclusively male characters and produce merchandise much of which is marketed towards boys, it is not surprising that girls were excluded from the series’ fanbase. In Keywords essay Identity, Karen Coats describes how identity is a product of the different experiences and aspects of our lives, but also explains how lessons learned in childhood can have lasting effects on children’s identity. She also describes the importance that children “see themselves in the book”, representing different groups of people in media so that each child can have a positive self image and develop identities which encourage them to be who they are and embrace their individualism. These concepts of identity formation and representation are common issues in literature read in class such as “The Bluest Eye”. In the novel, many of the characters are upset about the representations of blackness and beauty in the media. Claudia expresses her frustration with white dolls and their idealization by viciously destroying the “blue-eyed Baby Doll” she received for Christmas (Morrison, 20). The lack of representation in the doll industry is also a topic that was discussed in depth in class. Examples of this include the “A Girl Like Me” video, the different scripted play for black dolls, topsy-turvy dolls and the guest lecture on Arab American girlhood and representation.

The Star Wars franchise casting more female leads and producing more merchandise focused towards girl is a cool thing because it represents women as more than background characters. This representation encourages girls to develop identities of heroines and leaders as well as inspires young girls to develop an interest in science through science fiction media.

Disparities in representation in the toy-store have been common themes throughout history. This move by Disney will hopefully challenge other producers to step up their manufacturing of diverse dolls and action figures to finally bring the representation which is necessary for children’s identities.