Gendered words in language is something that we have all probably been introduced to, as popularity in usage has been on the rise recently in media. This article gives a glimpse into gendered words and the implications of the usage of these words, “mansplaini 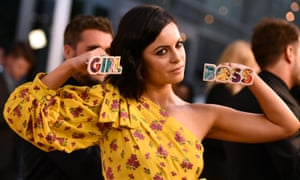 ng,” “girlboss,” and “manspreading,” for example. Gendered terms, the author argues, all once had an important purpose in increased usage but now just reinforce the gender binary. The author claims that words like “girlboss,” with over five-million tags on Instagram, has become less empowering as it once was intended and more patronizing—reinforcing sexism in language rather than tearing it down. The history of gendered words worked in effort to bring light to the fact that words such as boss and CEO are not gender-neutral, rather are coded as male and reinforce the male worldview.

Nonetheless, bringing light to the fact that words have engrained meaning in a patriarchal society, allows women to find understanding and provide a name to the crime, so to speak. The importance of gendered words such as “mansplaining” gives women a voice and brings forth discussion of a type of behavior, especially as we see women increasing in leadership roles in the workplace.

Not only do these words obviously bring up a conversation about the keyword “gender” but also a conversation about “identity.” An important topic in gender identity reveals that gender is not a binary, rather a spectrum. The greater issue in gendered words is that words like boss or CEO don’t have a gender-neutral meaning. As society slowly attempts to fix systematic sexism by using the singular “they,” for example, we might slowly see a decrease in gendered language. The author might argue that gendered language reinforces the gender binary but it also excludes genders outside of the binary. The bottom line is that words should not be implicitly coded as male or female, rather be gender neutral, inclusive of all identities.

To read the whole article, follow the link below:

1 thought on “Womansplaining the problem with gendered language”