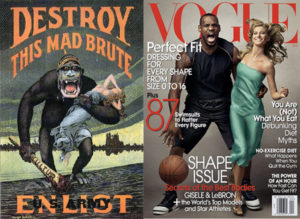 I like to talk about media’s impact on race in the United States.  This is related to the title’ Race’ in the keywords essay. As an international student, I have been raised in South Korea, and my country has not that various races like the U.S. has but mostly Asian even though many foreigners have visited or have immigrated to my country. Before coming to the U.S.,  I could not realize well about what racial discrimination was. However, while I have lived  in the U.S.,  I could  realize what severe social problems have existed through mass media in terms of race,especially for African American people in the United States. More specifically, mass media tends to aggravate audiences to have something undesirable images and prejudice toward African American people. Thus, they can be treated unequally in the United States due to the prejudice mass media have made and spread to audiences, and  I think media has a responsibility about the issue. For example,when I have watched some news channels, I  felt that the news channels tended to broadcast crimes occurred by African American people more severely and more often to make those bigger issues than crimes by white people. They opened up  the black criminals’ behaviors to the audience whereas they just announced any simple results verbally without showing up criminal acts of white criminals. This can make big impact on having prejudice for African American people. As well as this issue, mass media have made stereotypical images for black man and woman. For example, mass media always depicts black man as violent, and black woman as loud and angry. More importantly,young children are always exposed to mass media, and mass media can influence and assist young children negatively in generating any images or thoughts towards black people. This can be a more severe problem to young African American children in terms of preserving their dignity or self-confidence. The black children can be victims  due to mass media’s indiscreet broadcasting and their inaccurate portrayals. Thus, mass media should regard and try to change media images for black people.