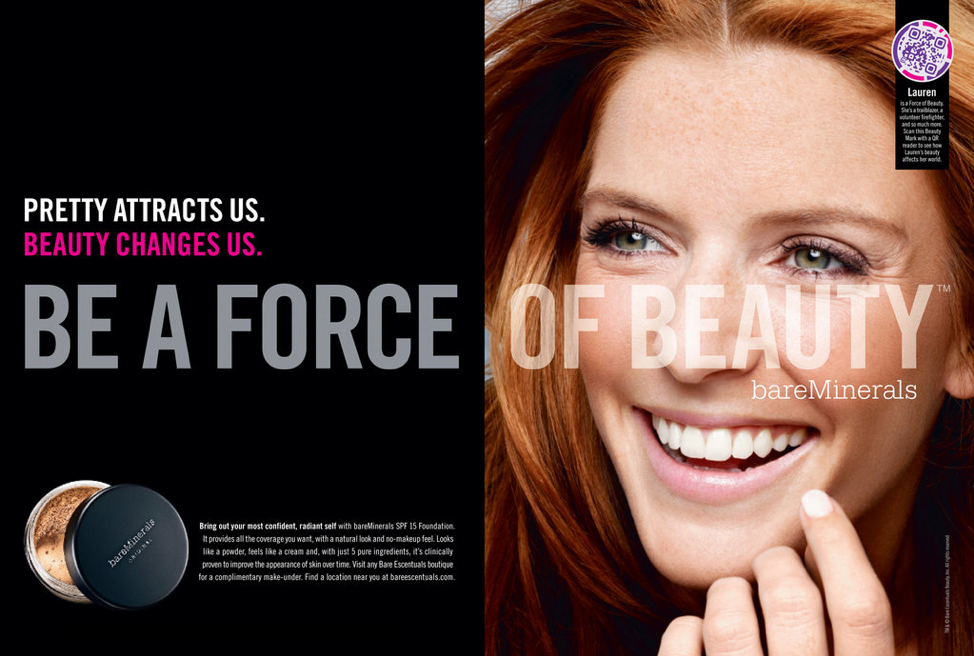 After reading the numerous texts assigned to us, attending lectures, and doing a little extra research, I became interested in the idea of the term “identity”.  It is much more complex than a simple definition.  Karen Coats, in her Keywords essay, describes identity as having “a range of uses related to the property of sameness or consistency of an element regardless of the influence of other variables.”  This is highly connected to the American Girl story: Rebecca- The Sound of Applause and American makeup ads in a unique way.  The story of Rebecca dwells on an idea of identity, as defined by Karen Coats, and the yearning to have as specific one in the same way a makeup ad stimulates a yearning for a certain identity from girls in America, young and old.

In Rebecca’s story she is clearly identified as being a young Jewish girl from Russia, living with her family in New York.  She identifies herself in a comparison way towards her family.  She is not the youngest, but she is constantly being labeled as “too young” compared to her twin sisters.  She yearns for an identity that is mature, and old enough to be able to light the candles of the menorah with her family like her sisters do.  Furthermore, she is caught and struggling with her identity as Jewish immigrant in America during Christmastime.  She feels a strong identity towards her Jewish heritage but has conflicting feelings about having to make a Christmas wreath in class.  This quickly has her confused about her identity, and as Coats talks about in her essay, identity is largely shaped by childhood experiences, such as this one

In a similar way, makeup ads such as this bareMinerals ad, have people yearning to be a certain way, just like Rebecca wanted to be a certain way.  These ads try to boast “natural beauty” and flaunting one’s identity through looks, yet many of these ads stimulate conflict within girls about how they should look and what defines beauty.  Yet we know from Coats essay that identity is unique to everyone and there is not one identity that is superior to another, this is the conflict shown in my analysis of Rebecca and it extends into the larger American society through makeup ads and beauty standards.  While I used the story of Rebecca as an example, this is also shown very clearly in other texts we have read such as The Bluest Eyes in the girls’ yearning for light skin and blue eyes because that identity would somehow make them “beautiful”.

In conclusion, identity will always remain a complex topic that seems to cause confliction within oneself when comparing to others, especially in young girlhood.  This is displayed in both fiction literature and also in real life.  Karen Coats Keywords essay on identity, helps to shed light on the meaning of this term, which ultimately helps one analyze how Rebecca and American makeup ads, such as the bareMinerals ad, are portraying identity and the internal conflict from comparisons it can cause within young girls.