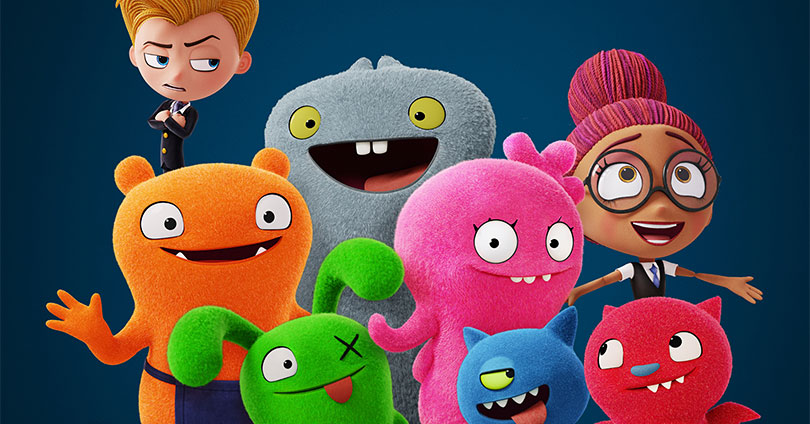 In the keyword essay about “Identity”, the author Karen Coats describes how to define what a person’s identity is and how it is shaped. She argues that identity is a continuous and developmental concept that is influenced by factors such as race, culture, family, and embodiment. Childhood is a particular time for identity-formation, as the young minds are malleable to societies’ influence. This leads to the assertion of whether someone’s identity conforms to social norms or they focus on individuality.

This same question arises in the novel The Bluest Eye, by Toni Morrison as well as the newly released Hollywood movie UglyDolls (2019). Both the novel and the movie focus on the intricacies of defining identity as the struggle many people have to conform to societal norms in order to “fit” a specific mold of identity. In the end, thankfully the young girls in the novel, as well as the dolls in the movie understand the importance of individuality and learn to accept their identity for their true authentic self.

In Toni Morrison’s novel, the main character, Pecola, is obsessed with redefining her own identiy and the quest for personal identity underlines the whole novel. The story is set in the late 1940’s, in a time where Whites were seen as a superior race and other races were seen as inferior. As a result of these community pressures, Pecola is fixated on the idea of getting white skin, blonde hair, and blue eyes, fully knowing she wasn’t born with any of these characteristics. Pecola has low self-esteem and believes she is ugly, since being “beautiful” would require her to have blue eyes. The world has led Pecola to question her own identity and influenced her own self-esteem as a result. The same concept is constructed in Hollywood as well.

In the movie, UglyDolls, the main character Moxy, struggles with conforming to society and finding value in her own identity. Moxy travels outside of her hometown of Uglyville to a place called Perfection, where everyone is perfect. This makes Moxy question her own perfectness and challenge her character, lowering her self-esteem. Thankfully in the end, Moxy and the other UglyDolls learn to appreciate their uniqueness and individuality for the better. They value the community societal norms less and learn that being oneself is more important than being perfect.

The struggle of personal identity is nothing new within literature in film. There are countless other titles out there with similar storylines and assertions. Unfortunately, this same narrative of fitting into society is not just reflective of a specific decade or period in time. The idea of identity and the associated influences of race, culture, family and embodiment continue to shape the minds of young children all over. It’s important that people are taught to value their uniqueness and learn to appreciate differences in identity.

2 thoughts on “UglyDolls and Valuing Identity and Individuality”