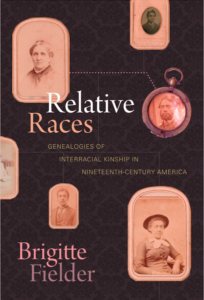 “In Relative Races, Brigitte Fielder enriches our understanding of the cultural landscape of the long nineteenth century. Demonstrating boldness, analytical clarity, and scholarly creativity, Fielder gives us language for the processes of racialization that clearly shape American realities but that we have often failed to name because we lacked a theoretical framework.” — Koritha Mitchell, author of From Slave Cabins to the White House: Homemade Citizenship in African American Culture

“Brigitte Fielder makes the bold claim that racialization entails neither the annihilation of kin ties nor the simple linearity of descent…. After Relative Races, we will not be able to think about race and racialization, kinship, and queer theories of temporality separately again.” — Elizabeth Freeman, author of Beside You in Time: Sense Methods and Queer Sociabilities in the American Nineteenth Century 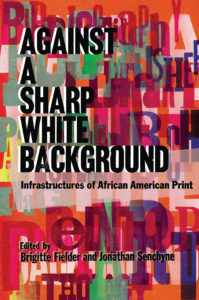 Against a Sharp White Background: Infrastructures of African American Print

“This collection challenges mainstream book history and print culture to understand that race and racialization are inseparable from the study of texts and their technologies.”

May 2019 Book of Interest to African American Scholars, Journal of Blacks in Higher Education 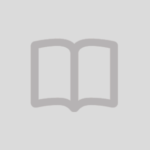 Building on archival research I began while writing Relative Races, and extending my interests in African American literary studies, critical race studies, kinship, and relationality. Animal Humanism examines animal-human comparisons that resist, rather than reinforce, hierarchies of race and species, offering progressive – and sometimes even radical – models for both interracial and interspecies affective relations. This interdisciplinary project makes an antiracist intervention in the field of human-animal studies, where discussions of race are too rare and too often prioritize modern contexts, resulting in inattention to overlapping discourses of race and species in U.S. and transatlantic literatures and cultures of the eighteenth and nineteenth centuries.

Research and writing for this project has been supported by fellowships from the American Antiquarian Society, the Animals & Society Institute, and Wesleyan Animal Studies. Published essays emerging from this larger book project are: “Animal Humanism: Race, Species, and Affective Kinship in Nineteenth-Century Abolition” (in American Quarterly, 2013), “Black Dogs, Bloodhounds, and Best Friends: African Americans and Dogs in Nineteenth-Century Abolitionist Literature” (in Beasts of America: Perspectives on Animals and Animality in U.S. Culture, 1776-1920, Neofelis Verlag, 2016) and ““No rights that any body is bound to respect”: Pets, Race, and African American Child Readers” (in Who Writes for Black Children: African American Children’s Literature before 1900).

MLA Approaches to Teaching Angie Thomas’s The Hate U Give, edited by Brigitte Fielder and Edith Campbell.